Who is America’s best-known cat? Leaving aside fictional felines like Felix, Garfield, and the Cat in the Hat, the answer might be the unusual-looking Grumpy Cat, whom you may have seen online, sometimes featured with humorous captions. 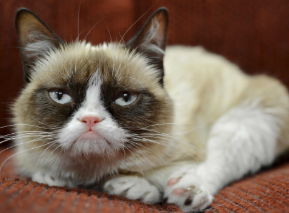 Grumpy Cat What a sourpuss! Actually, Grumpy Cat (real name Tardar Sauce) only looks grumpy— her appearance is caused by an underbite and feline dwarfism. She was born in 2012 and has been featured in advertising—she even has her own webpage, licensed merchandise, and social media presence. 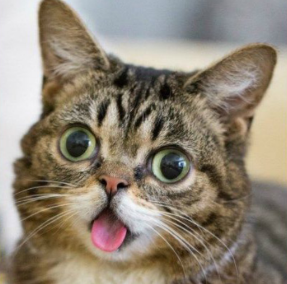 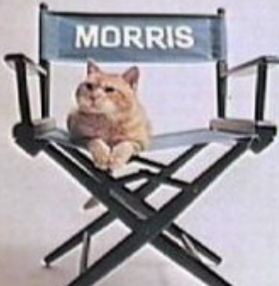 Morris Some of us may be familiar with Morris the Cat, the mascot for 9Lives cat food. Morris is a red tabby tomcat who’s been portrayed by three different cats over the years. (When I was five or six, my family had a cat named Morris. I wonder if his name was inspired by the celebrity Morris.) The first Morris was rescued from a shelter in suburban
Chicago in 1968, just minutes away from being put down. In 1973, he appeared in the films The Long Goodbye and Shamus. Back in those days, Morris was known as “the Clark Gable of cats.” 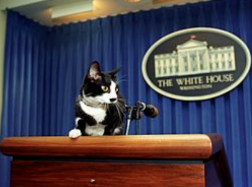 Socks Then there are the cats who have gained some measure of fame because they were presidential pets. While dogs have historically been more common as pets at the White House, there have also been cats who became popularly known, such as Socks (Bill Clinton), India “Willie” (George W. Bush), Shan (Gerald Ford), and Misty Malarky Ying Yang (Jimmy Carter). 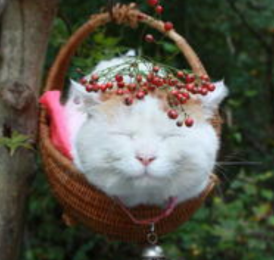 Basket Cat Naturally, the best-known cats of the internet age tend to be unusual-looking felines who inspire memes or who perform hilarious antics on videos. Here’s Shironeko, aka Basket Cat, a popular meme from a few years back:

To see more weird and wonderful cats who have taken the internet by storm over the past ten years or so, check out boredpanda.com.