For fifteen years, I never once had litter box issues with my two cats, Melanie and Sheila. I used Ever Clean Multi-Cat Unscented litter in both of their standard-size litter boxes, and I kept them fairly clean. One morning, I noticed a small puddle on the floor next to one of the boxes. It was pee. I was a little surprised, but I figured that one of the cats must’ve had a small accident before she was able to jump into the box. I just mopped it up and wasn’t too concerned about it. My cats got regular checkups, and other than being aging kitties, they were both in good health. 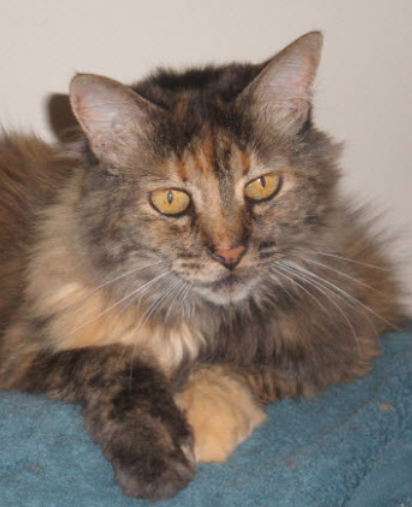 The next day, the small puddle was back. This time, I wondered if perhaps the litter boxes were not clean enough for my suddenly discriminating kitties, so I emptied both boxes and scrubbed them thoroughly before adding fresh litter. I usually did an in-depth cleaning once a month or so, and this was pretty much on schedule, so I figured the problem was solved. Much to my surprise, the puddle was back the next day.

“What the heck is wrong?” I asked my cats. As expected, they gazed at me and said nothing. I decided that the litter boxes might be too old for the undesirable scents to get out of the plastic material, and that my cats had grown picky in their old age. I bought two brand-new boxes, convinced that they would solve the problem.

But the puddle was back the next day.

As I stood in front of the boxes, hands on hips, muttering in frustration, Sheila hopped into one of the boxes. She turned her back to me and peed with all four legs perfectly straight. The pee went right over the side of the box onto the floor. And that’s when the mystery of the puddle was solved, thanks to Sheila. She had mild arthritis in her hind legs, so she could not squat like she used to.

The solution was clear. I needed to buy litter boxes with higher sides. The average height of a standard litter box is four to five inches, and the high-sided versions are eight to nine inches tall. I bought two high-sided versions, and the problem was solved. No more puddles. Sheila was not being a picky feline, she was simply no longer physically able to keep it in the box.