On a routine trip to the Walmart on Almaden in San Jose, one of our volunteer families, a mom and her two teenage daughters, noticed a small orange kitten dodging under the cars and run into the bushes. The girls insisted they learn more and were surprised to find four kittens looking to be about 3 months old, which were immediately assigned fall-themed names (Draco, Pumpkin, Spice and Boo).

The kittens did not appear feral, although they were cautious of people they still seamed curious and friendly.  They were young enough that they could still be socialized or TNR. The girls insisted on coming back with a trap immediately as living right next to a major highway came with many potential dangers. It proved to be more difficult than one would think. You see, it appeared there were many kind-hearted people feeding the kittens and food was readily available, so the drive go into the trap to eat was not there. 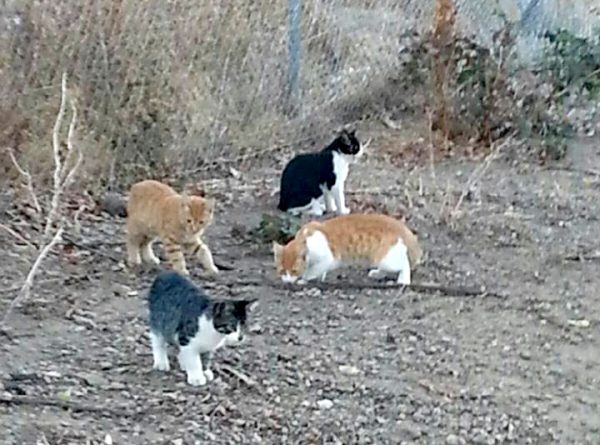 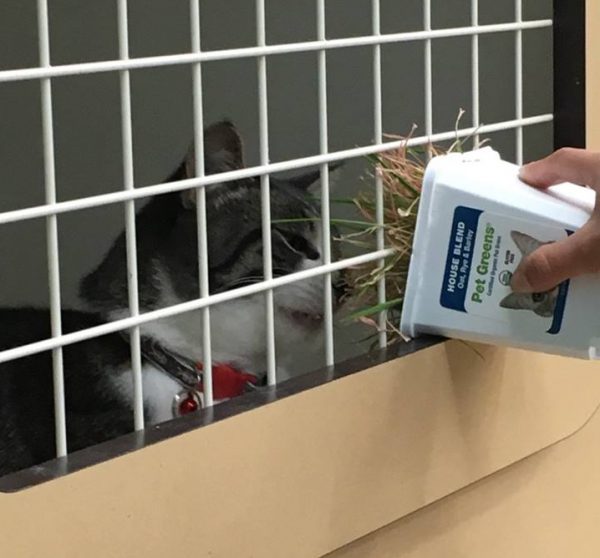 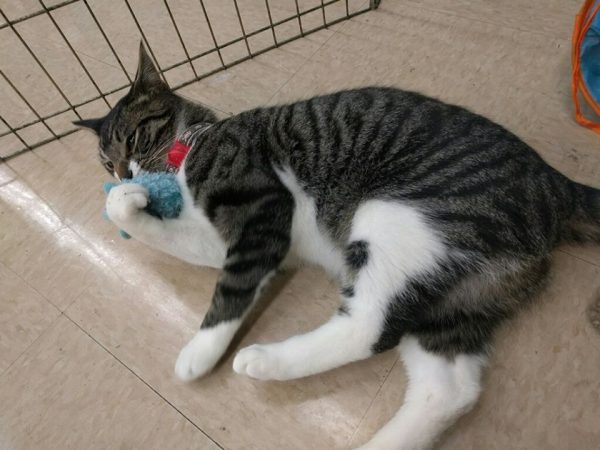 They took Draco home and immediately it was obvious this was no feral kitty. He was super skittish and scared but immediately nuzzled into the arms and neck of the family that rescued him. That moment he stole their hearts.

For several months he lived in a bedroom and learned to not jump at every sound or run under the bed at every move, but he was always a lover-boy and the family was willing to give him the time he needed to adjust. Mom was perfectly happy foster him for as long as possible, but the reality was they could not keep him. So as fate would have it, a business trip was the catalyst to getting this handsome boy ready for adoption.  And Draco was as ready as he would ever be. It took every ounce of faith for her to leave him at Petco on Blossom Hill. She was confident he was in good hands but she felt she had betrayed his trust by leaving him at the store adoption center.  The thought of him all alone in the adoption center’s crate that night weighted very heavy on her. 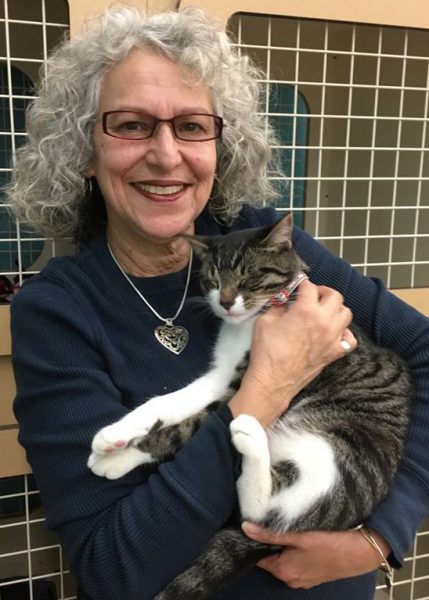 Mellisa, our store adoption center volunteer felt her anguish and reassured her every day that he was doing well and even making an impression on store staff. His foster mom was so relieved and some how deep down she knew he would be ok–after all he was handsome, super sweet and a thief of hearts!

On the fourth day Esperanza came in to visit Draco for the third time and said, “I want to adopt this cat!” It turns out, she had a cat that looked just like him and considered him to be her reincarnated cat and loved him the very first time she saw him. Her cat was 16 years old when he died.

She said she went home and told her husband Manny that she didn’t want flowers or candy for Valentine’s Day, she wanted Draco. Since he was her Valentine’s gift she has renamed him Valentino!

His foster mom truly believes that God was reserving Valentino for Esperanza, and thinks they are both very lucky to have found each other at last!

UPDATE: Esperanza stopped by our adoption center late April and graciously thanked us for saving Valentino because he has brought her so much joy and loves him so very much!

We thank our dedicated volunteers who rescue homeless cats and kittens through out the year and our donors who provide the needed funding to provide the resources needed to do this work.

If you would like to help Town Cats continue saving cats like Valentino, please consider making a gift to Town Cats today: