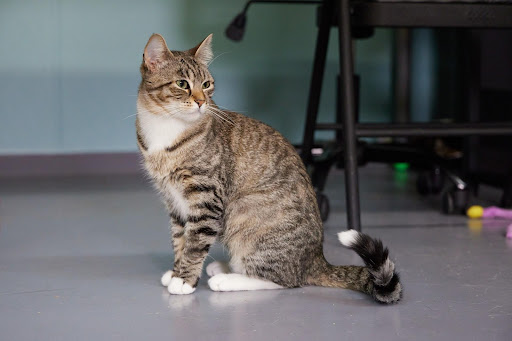 Lily found herself at the San Francisco Animal Shelter after giving birth to kittens, a familiar story for young, unfixed cats like Lily. After her kittens were weaned and adopted, Lily remained at the Animal Shelter with a brewing case of “Cage Rage” – a condition where ordinarily calm animals become increasingly frustrated as they spend more and more time in a cage, kennel, or animal shelter condo.

Confident that we could give Lily the space she needed to relax – Town Cats quickly said, “We’ll take her!”. Lily almost instantly settled in upon arriving at Town Cats and promptly made her way into our Playroom, where she was free to roam, play, and socialize to her heart’s content.

It was no surprise to us when Lily quickly found a new family – but there was trouble brewing under the surface.

In late October, Lily became a little less energetic, starting eating a little less, but was gaining weight. She became more and more lethargic and eventually stopped eating altogether. Her belly began to swell with fluid. At that point, we were just one blood test away from her diagnosis – FIP.

Feline Infectious Peritonitis, shortened to “FIP,” is a viral disease caused by a mutation of certain strains of the Feline Coronavirus and affects both wild and domestic cats. This coronavirus is different from COVID-19 but is estimated to infect 80% of outdoor and colony cats.

Fortunately, most infections do not mutate into FIP, and the vast majority of cats live their entire lives without having any symptoms from this exposure. Unfortunately, when the coronavirus does mutate into FIP, it has historically been invariably fatal, and most cats are euthanized shortly after receiving their diagnosis.

Lily’s diagnosis was devastating. In just two short months, she had become a staff favorite, and we decided we would do everything we could to save her.

Backed by research at UC Davis, several therapies have become available to treat FIP with a response rate of 80-95%. The treatment time is long, and the medication is experimental and expensive. We knew there was no guarantee the treatment would work for Lily, but at Town Cats, we believe every cat matters, and every cat is worth giving a chance.

And so, on November 2nd Lily began her 84 days of treatment. Eight-Four days of injections, supportive care, and patience. 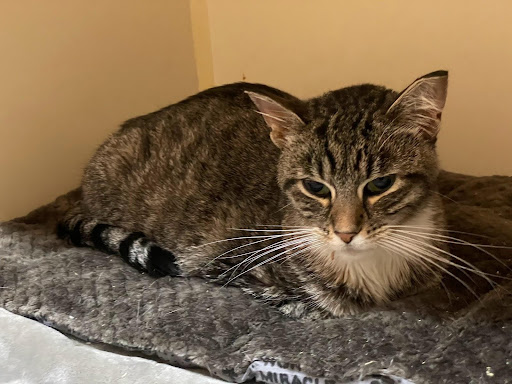 We are happy to report that as of November 30th Lily is responding to treatment and is on her way to becoming a healthy cat! She still has a long way to go, but we are hopeful she will continue on the path of recovery.

Treatment for Lily was made possible by donations to the Town Cat’s Angel Fund – a fund dedicated to making medical care possible for extraordinary cases like Lily. 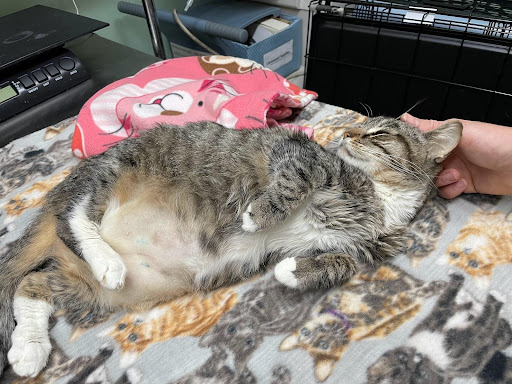 Lily at 3 weeks of treatment!